# What happens when a Human gets rabies? 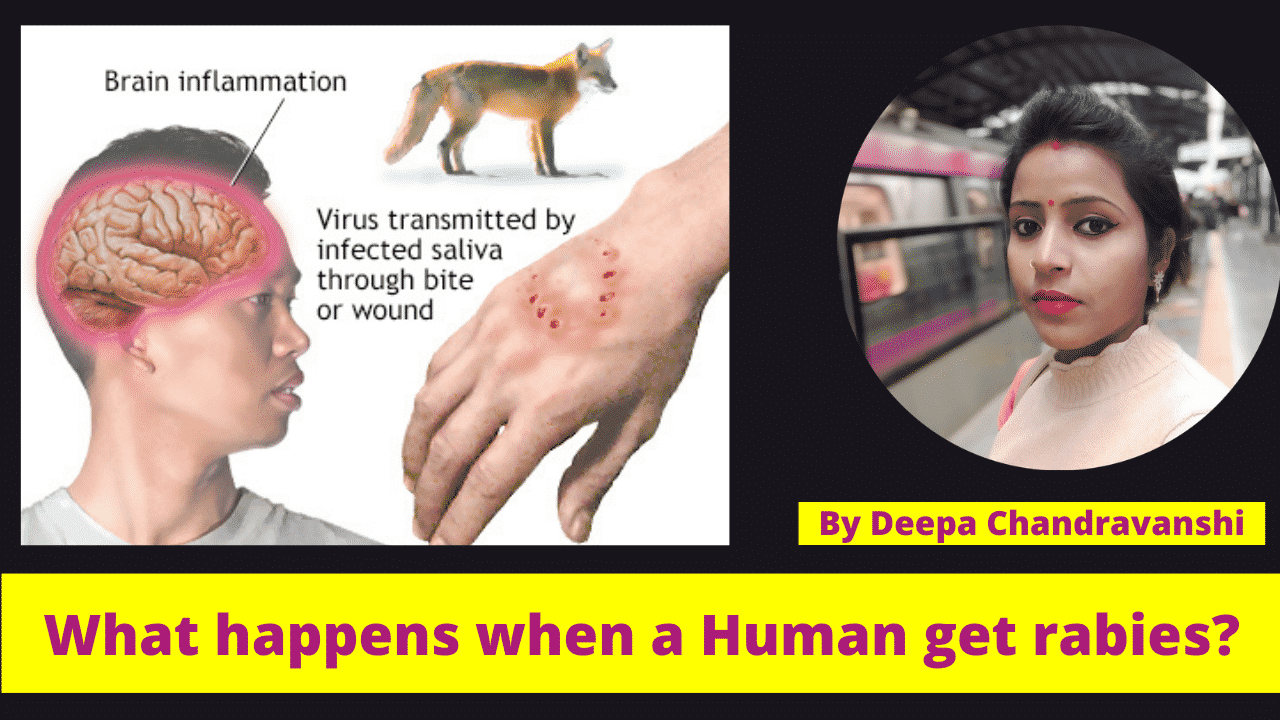 People have been scared of rabies for thousands of years, many times depicting their fear in drawings and carvings of menacing dogs.

But rabies is scary for more reasons than just a painful bite.

Because once the virus is inside us, it not only destroys our body, but damages our mind, and it can happen fast or lay dormant for years before fatally attacking.

So how exactly do we get from a dog bite to a complete behavioral change to…death?

The virus that causes rabies is spread through saliva, so the most common way to contract rabies is through an animal bite, most likely from a dog, bat, raccoon, skunk, or fox.

There have been a few, rare cases of transmission through infected organ donors and an even rarer instance of a lab accident, but for the most part, it comes down to a bite from a rabid animal.

So even though it’s a virus that can infect and kill humans, it’s studied considerably in veterinary labs.

So the rabies virus is in the family lyssavirus, lyssa means rage really.

So that kind of tells you what this group of viruses is capable of.

And what they’re capable of is causing a very quick and painful death caused by the virus making its way into your brain.

So that means it’s preferentially going to infect neural tissue or neural cells.

So when it gets injected into the skin or the muscle, it’s not going to replicate all that well but all it needs to do is replicate enough that it can get to that neuromuscular junction where that it can go from the muscle cells into the central nervous system.

Now, at this point, you’d think your immune system would kick in, recognize this dangerous intruder and destroy it.

But, your immune system doesn’t see it.

This is thought to be because the virus replicates slowly in the muscle tissue, slow enough not to cause any alarm.

This gives it a chance to reach the nervous system, where it hitches a ride up to the brain and slips through the blood-brain barrier.

It’s behind this shield where the rabies virus can flourish while still being able to hide from our immune system because the blood-brain barrier evolved to keep dangerous or harmful things out.

But sometimes that includes immune cells.

In fact, if T cells do get past the blood-brain barrier, the rabies virus has evasion techniques where it actually kills the T cells that are coming in.

As the virus replicates in the brain, it starts to mess with the brain’s cellular proteins, causing neural dysfunction.

This is where certain symptoms of rabies start and how you can tell the infection has fully set in.

Once the infection has fully set in, it will start traveling back out through the nerves into innervated organs, hair follicles.

But again, particularly through to the salivary glands.

So that it could be transmitted out.

These neurological symptoms also help the virus transfer to a new host.

Hypersalivation ensures there is enough rabies-infected saliva in the optimal transmission location, your mouth.

And hydrophobia, or trouble swallowing, ensures that it stays there.

In animals, aggression can result in an attack on another animal or a human.

Put all three of those together and you have a very effective way to ensure the rabies virus is passed on.

Saliva is the way that rabies is transmitted. 🙂

The way the virus is adapted, it is not in blood. It’s not in body fluids.

So it has to find a way to be transmitted effectively, right, to perpetuate its existence.

Now, this neurological damage caused by the infection is the thing that finally tips off the immune system.

However, at this point, it’s too late.

Even though your immune system is finally going after the virus, it has already spread throughout the body.

After that, you have to remember this period is pretty short.

There are just a couple of days because then it’ll progress into a coma and then death which is usually due to some kind of organ failure.

But a bite from a rabid animal doesn’t always mean certain death.

People who have been exposed to the rabies virus can get a series of shots that can boost the immune system and fight off the virus, you just need to get to it before it reaches the brain.

So surviving rabies is all about timing and the location where you get bit.

Where you get bit.

It plays a big role.

Bats are a danger for that reason that it’s going to be biting probably around your head or your hands.

But also you don’t notice a bat bite because the teeth are so small and they are so small.

You have a bat on your shoulder and you don’t know it.

You just looked on your shoulder, didn’t you? 🙂

What is the main function of the Kidney in the Human Body?

What is the main function of the Kidney in the Human Body? It's a hot day, and you've just downed several glasses of water, one ... Read More

What is the main Function of the Liver in the Human Body?

What is the main Function of the Liver in the Human Body? There's a factory inside you that weighs about 1.4 kilograms and runs for ... Read More

What Causes Food Allergies? For some people, a simple peanut or a bite of a shrimp can cause the body’s immune system to wildly overreact. ... Read More

NEWER POSTNarco-Terrorism in Afghanistan #
OLDER POST# How does your Immune System work to fight off Viral Infections?