What is the main cause of muscle fatigue?

What is the main cause of muscle fatigue?

The first time feels easy, but each lift takes more and more effort until you can’t continue.

Inside your arms, the muscles responsible for the lifting have become unable to contract.

Why do our muscles get fatigued?

We often blame lactic acid or running out of energy, but these factors alone don’t account for muscle fatigue.

There’s another major contributor: the muscle’s ability to respond to signals from the brain.

To understand the roots of muscle fatigue, it helps to know how a muscle contracts in response to a signal from a nerve.

These signals travel from the brain to the muscles in a fraction of a second via long, thin cells called motor neurons.

The motor neuron and the muscle cell are separated by a tiny gap, and the exchange of particles across this gap enables the contraction.

On one side of the gap, the motor neuron contains a neurotransmitter called acetylcholine.

On the other side, charged particles, or ions, line the muscle cell’s membrane: potassium on the inside, and sodium on the outside.

In response to a signal from the brain, the motor neuron releases acetylcholine, which triggers pores on the muscle cell membrane to open.

Sodium flows in, and potassium flows out.

The flux of these charged particles is a crucial step for muscle contraction: the change in charge creates an electrical signal called an action potential that spreads through the muscle cell, stimulating the release of calcium that’s stored inside it.

This flood of calcium causes the muscle to contract by enabling proteins buried in the muscle fibres to lock together and ratchet towards each other, pulling the muscle tight.

Why do our muscles get Tired?

The energy used to power the contraction comes from a molecule called ATP.

ATP also helps pump the ions back across the membrane afterwards, resetting the balance of sodium and potassium on either side.

This whole process repeats every time a muscle contracts.

With each contraction, energy in the form of ATP gets used up, waste products like lactic acid are generated, and some ions drift away from the muscle’s cell membrane, leaving a smaller and smaller group behind.

Though muscle cells use up ATP as they contract repeatedly, they are always making more, so most of the time even heavily fatigued muscles still have not depleted this energy source.

And though many waste products are acidic, fatigued muscles still maintain pH within normal limits, indicating that the tissue is effectively clearing these wastes.

But eventually, over the course of repeated contractions, there may not be sufficient concentrations of potassium, sodium or calcium ions immediately available near the muscle cell membrane to reset the system properly.

So even if the brain sends a signal, the muscle cell can’t generate the action potential necessary to contract.

Even when ions like sodium, potassium or calcium are depleted in or around the muscle cell, these ions are plentiful elsewhere in the body.

With a little time, they will flow back to the areas where they’re needed, sometimes with the help of active sodium and potassium pumps.

So if you pause and rest, muscle fatigue will subside as these ions replenish throughout the muscle.

The more regularly you exercise, the longer it takes for muscle fatigue to set in each time.

That’s because the stronger you are, the fewer times this cycle of a nerve signal from the brain to contraction in the muscle has to be repeated to lift a certain amount of weight.

Fewer cycles mean slower ion depletion, so as your physical fitness improves, you can exercise for longer at the same intensity.

Many muscles grow with exercise, and larger muscles also have bigger stores of ATP and a higher capacity to clear waste, pushing fatigue even farther into the future. 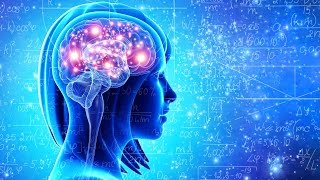 # Why does White Noise make you fall Asleep?

Why does White Noise make you fall Asleep? To understand how white noise helps you sleep, we need to take a quick step back and ... Read More

# Why is a new organ often found in New research?

Why is a new organ often found in New research? Did you know that you have a whole new organ? What it is and how ... Read More

Reason Why People Have Sex?

Reason Why People Have Sex? For some, it’s all they can think about - sex. But one question many people have is...why? Why is sex ... Read More

NEWER POSTWhat is India’s plan to have its own space station and how will it benefit your space Programme?
OLDER POSTWhat is the function of the Muscular System?