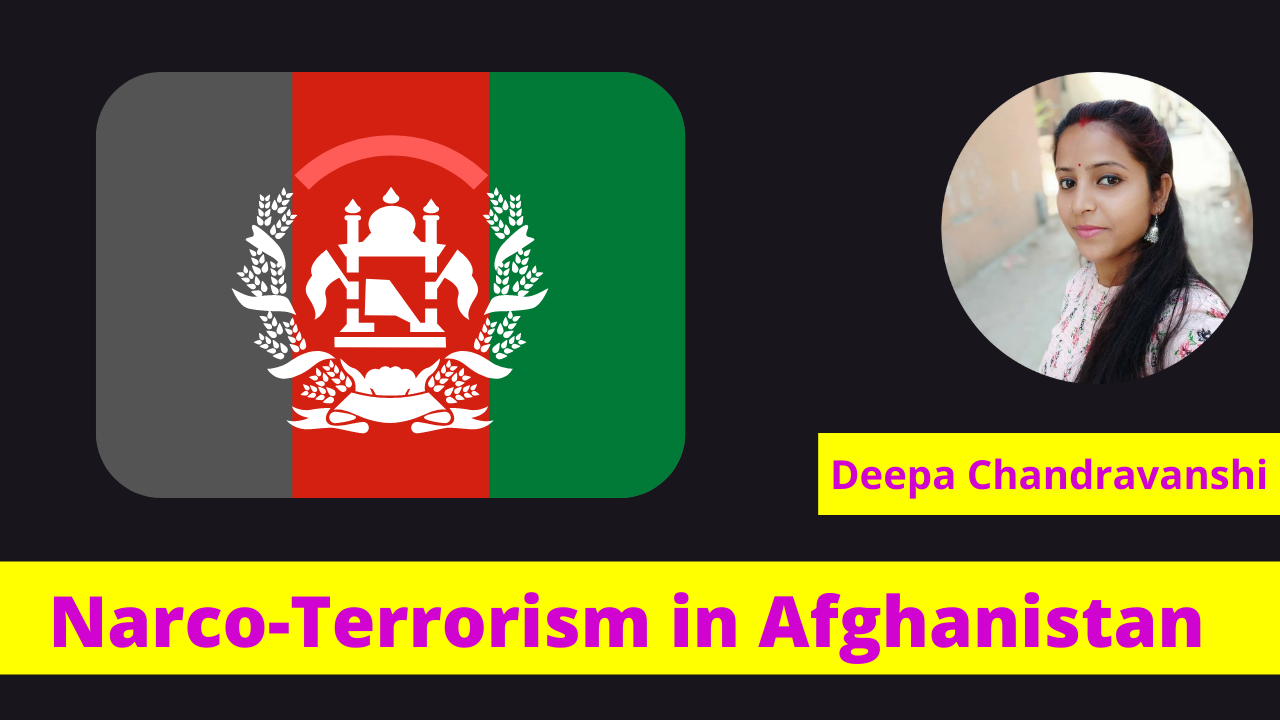 Now that sooner or later, the Taliban’s participation in the government of Afghanistan on its own or in partnership is being considered fixed, a major serious problem of the world, drug trade and its associated narco-terrorism is not being discussed.

Two recent diplomatic developments were the visit of US Secretary of State Antony Blinken to India and the visit of a nine-member Taliban delegation to China, led by Abdul Ghani Baradar, the head of the Taliban office in Qatar’s capital Doha, which has long been the centre of international diplomacy.

There was no indication that narco-terrorism was discussed in the Blinken-Jaishankar talks and the lengthy talks between Chinese Foreign Minister Wang Yi and the Taliban.

However, just a few days earlier, in the prestigious American magazine Foreign Policy, Australian journalist and author Lynn O’Donnell wrote that 85 per cent of the total heroin in the world originates from Afghanistan and the Taliban earns $3 billion annually.

With the continuous rise of the Taliban in Afghanistan, there has also been an increase in the cases of drug supply to India in the last fortnight. Anti Narcotics Task Force of Jammu and Kashmir Police recovered two kg of heroin on 22 July.

The arrested people told that the heroin prepared in Afghanistan was packed in Pakistan.

After this, the Pakistani handler threw the packets over the barbed fence on the International Border. Just like it was shown in the movie Udta Punjab many years ago.

In addition, on 14 July, the Delhi Police’s Special Cell raided a house in Faridabad and recovered the biggest ever cache of narcotics. The cost of this 354 kg heroin is said to be Rs 2,500 crore.

The main source of supply was an Afghan, with whom three Indians were also involved in this black trade. According to the information given from the Directorate of Revenue Intelligence, the drug cartel has now spread a lot in India.

The Times of India quoted the directorate as saying that the global heroin supply chain is as follows: Afghan heroin is brought to the southwest coast of Pakistan.

From here small boats reach the coast of Mozambique. Then it is brought to Delhi, Hyderabad, Bangalore and other cities via Pakistan.

The demand for Afghan heroin is increasing due to its high quality. Heroin seized at airports is like salt in pulses. The big game is by sea routes. Heroin smugglers travel through winding roads to reach Australia, America and Europe to protect their lives and property.

It can be said that the packet-throw method is a small-scale business. Large consignments must have reached the shores only. This has been the way of doing business for thousands of years.

The dreadful picture of the coming days can be estimated from the figures of two and a half decades ago.

The story is from 1997. It had been over a year since the Taliban came to power. Eminent author of the book Taliban: Islam, the Isle and the New Great Game in Central Asia, Pakistani journalist Ahmed Rashid, during fieldwork, asked Abdul Rashid, the head of the Anti-Drug Department in Kandahar, a Taliban stronghold, whether Islam is a drug.

prohibits. The answer was, ‘We strictly prohibit the cultivation of charas, as it is consumed by Afghans and other Muslims. Afghans and Muslims do not use opium. Opium lovers are the infidels of the West.

That is why the cultivation of opium has been allowed. We take wheat from Pakistan in exchange for opium. (But the truth is that opium is used in the border areas of Pakistan and many areas of Afghanistan.)

Earning Haram is strictly prohibited in Islam. Earning from opium was illegitimate.

Within a month or two of coming to power, writes Ahmed Rashid, the Taliban understood that they needed an income from opium and that banning opium cultivation would anger Afghanistan’s opium growers.

He imposed zakat on the income from opium. There is a system of two and a half per cent Zakat in Islam. But there was no religious complacency in the Taliban taking 20 per cent zakat. Opium production increased by 25 per cent between 1996 and 1997.

The network of international heroin trade is so wide that it is impossible to even imagine cutting it.

Pakistani officers from lieutenant general to major and below and civilians in high positions have vested interests attached to it.

Having captured Kabul at gunpoint, the Taliban would not expect international aid. This time also they will naturally resort to the opium economy.

With the closure of consulates in Jalalabad, Kandahar, Herat and Mazar-e-Sharif, India can no longer inflict much damage in Afghanistan, because in a way it will be a strategic and diplomatic defeat.

The way to stop this can only come out with Taliban cooperation. Pakistan and China have prepared a blueprint for ‘joint action’ about the Taliban.

Obviously, there can be nothing in India’s interest in this. Taliban was neither the pawn of Pakistan last time nor will it be this time.

They have to run their rule. It would be better if we are ready to withdraw another billion dollars and leave the door open to the Taliban without hesitation if three billion dollars of Indian aid sinks. I

In India, children of 2 to 18 years can also be injected with corona vaccine

In India, children of 2 to 18 years can also be injected with corona vaccine, expert recommends government for trial Corona Vaccine For Children: Vaccines ... Read More

NEWER POSTKeshari Ram Chandravanshi – The Legend of Pre Independence
OLDER POST# What happens when a Human gets rabies?