Double murder? The truth of this viral video of a Policeman 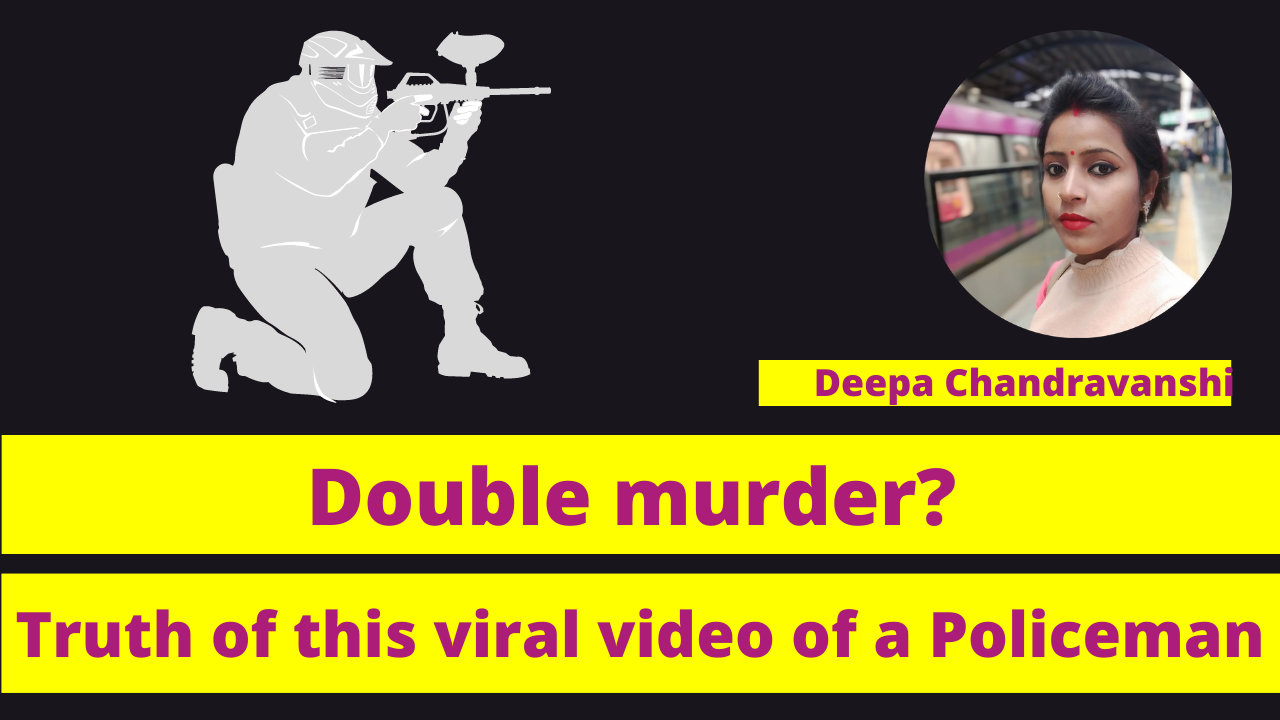 Double murder? The truth of this viral video of a Policeman

Rahul Srivastava wrote in his tweet, “Questions are also being raised about the video. After verification, a shot of a web series has been found and it has been filmed outside Friends Cafe in Karnal Haryana.

A video of a police officer shooting a man from the zero point range and crying his friend has become a topic of discussion everywhere.

A UP police official has revealed after ‘fact check’ that this video of ‘double murder’ is actually a scene of a web series.

On verification, it’s attributed to a #webseries shot outside ‘Friends Cafe’ in Karnal Haryana as per the manager of the Cafe@Brajesh62918386 धन्यवाद आवाज उठाने के लिए🙏 https://t.co/OGlOLPhgZB

Rahul Srivastava, additional superintendent of the state’s Anti Terrorism Squad, while sharing the video on his Twitter account, has said that due to this video, there was a lot of confusion and many questions were asked from the people.

Srivastava said that after verification, it has been found that this is a web series scene and it was filmed outside a cafe in Karnal, Haryana.

Rahul Srivastava wrote in his tweet “# FactCheck – Video of ‘Murder’ done by a police officer outside a restaurant has been running on social media since Monday morning.

There is confusion and questions are arising. Verification After a shot of a web series has been found and it has been filmed outside Friends Cafe in Karnal, Haryana.

In the video, the female friend, near the smashed young man on the ground, is seen screaming and crying in a rage. Later, the police officer also shoots the girl’s female friend.

The video is going viral on social media. This information is not being given that it is not real and the police officer and Victim are ‘actors’.

A large number of people have liked Srivastava’s tweet in a few hours. Many Twitter users have also commented that the video presents a bad image of the police.

Some also said that such videos should not be circulated and that such web series should be banned. The UP police have also clarified in a tweet that this video is not ‘real’.

Why there is no Urban India in covid relief, the need to rethink the framework

Why there is no Urban India in covid relief, the need to rethink the framework Another stimulus package is being talked about for the agriculture ... Read More

NEWER POSTHow to find and delete your lost iPhone phone data?
OLDER POSTCan replacing an oxygenizer with a nebulizer save the corona patient’s life?