Effects of Climate change on the Environment 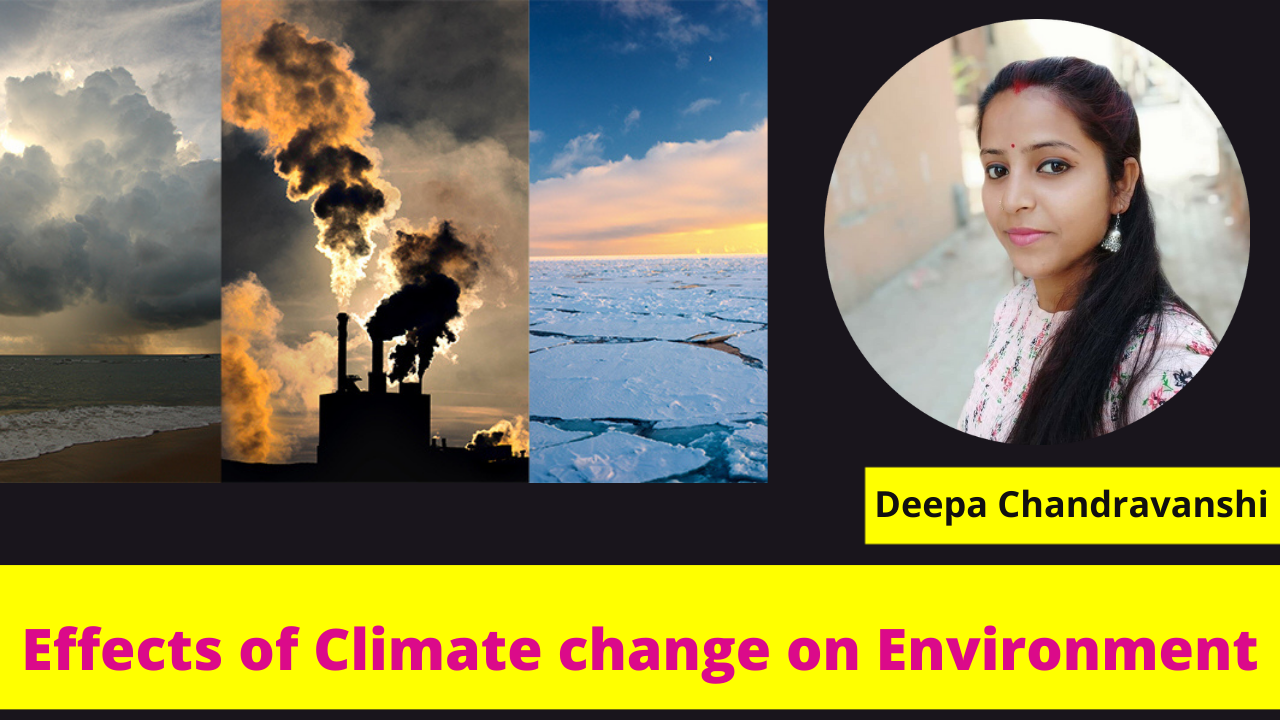 The effect of climate change is beginning to be seen

When the temperature reached 46.6 degrees Celsius in the village of Litton in the Canadian province of British Columbia, the heat created a new history in the western region known for its cold climate.

Several schools and business establishments in the province were closed and COVID-19 vaccination centres were relocated. A forest fire destroyed only one village.

Hundreds of lives have been lost to heat in the northwestern US in a region famous for its cold fog. The fire spread to 12 provinces in the west of America.

A heatwave spewing fire in the northern Rocky Mountains forgot the horrors of Covid. In Russia’s capital Moscow, the heat broke the 120-year record.

In Europe, the worst floods in Germany, Belgium and the Netherlands killed 165 people.

This news has been at the top of the Western media for the past few weeks. In the future, such scenes will be seen in more widespread and terrifying form, such fears are also being expressed from experts to common citizens. It’s no surprise either.

Climate change is now clearly showing its effect due to global warming. A team of international researchers has concluded that the extraordinary heat would not have occurred without global warming.

The atmosphere with higher temperatures has more moisture, and there is already heavy rainfall in the midst of many storms around the world.

Undoubtedly, extreme weather events will continue to become more and more intense as a result of global warming. The disasters caused by global warming have left deep wounds in most regions of the developing world.

As such, crops have been wiped out in Bangladesh, villages have been levelled in Honduras, severe storms and heavy rainfall events in India have caused havoc in many regions, and threaten the very existence of small island nations.

has put. Ulka Kelkar, director of the World Resources Institute’s Climate Program in India, says, “Extreme weather events in developing countries often cause a lot of death and destruction, but we are blamed for them, not over a hundred years.”

Industrialized countries emitting huge amounts of greenhouse gases from time to time. She adds, ‘These devastating disasters are now hitting rich countries, which show that developing countries seeking funding to fight climate change are not wrong.’

One important question is whether increasing disasters in the developed world will affect the world’s most influential countries and companies and motivate them to reduce their emissions of greenhouse gases.

At the United Nations-led climate talks in Glasgow, Scotland in November, whether developed countries emitting carbon night and the day will make a resolution that will lead to the expected reduction in carbon emissions to regulate the climate, and whether polluting companies will be charged. Will there be a rein?

In fact, after the 2015 Paris climate agreement, which set targets to avert ill effects, global carbon emissions have continued to rise. China is today the world’s largest carbon emitter.

Although emissions in Europe and North America have decreased, but not enough to limit global warming. Climate models prepared by climate scientists have revealed the devastating effects of rising temperatures.

A detailed scientific evaluation in 2018 warned that failure to prevent average temperatures from rising beyond 1.5 °C since the start of the industrial era could lead to disastrous consequences ranging from flooding of coastal cities to crop failure in various regions.

Climate agreements have called for halving emissions by 2030 to get the world out of the climate crisis, but the way emissions are rising, it seems unlikely that this target will be reached.

The average global temperature has increased by more than 1.0 °C since 1880. If the pace of global carbon emissions remains the same, by 2035 a temperature increase of 1.5 °C will be recorded and where the temperature will reach by the end of the century can be easily predicted.

The concern about the world’s most vulnerable island nations becoming victims of climate change is reflected in the statement of former President of the Maldives, Mohamed Nasheed, which is alarmed by the threat of sea-level rise, ‘while not all are affected equally.

The tragedy in Europe and North America shows that no one is safe in a climate emergency, whether they live in a small island nation or a Western European state like mine.

The condition of the developed world, fueled by the rapid release of greenhouse gases into the atmosphere and consequently breaking the natural climate cycle of the biosphere, and a sense of invincibility on the strength of economic prosperity, is that more than 1,000 people have died in the catastrophic floods in the US since 2010 Huh.

Canada is not able to save even its village from forest fires. Developed countries like Germany, Belgium and the Netherlands lose hundreds of lives in one stroke.

The author is a former professor of G B Pant University of Agriculture and Technology.

How effective is Insurance in Covid: Important to know

How effective is Insurance in Covid: Important to know The real test of an insurance policy is when a claim is filed. There are many ... Read More

BJP and 2024 elections: BJP will be surrounded by many challenges

BJP and 2024 elections: BJP will be surrounded by many challenges In this biggest clan of Indian politics, the rattling of utensils is happening more ... Read More