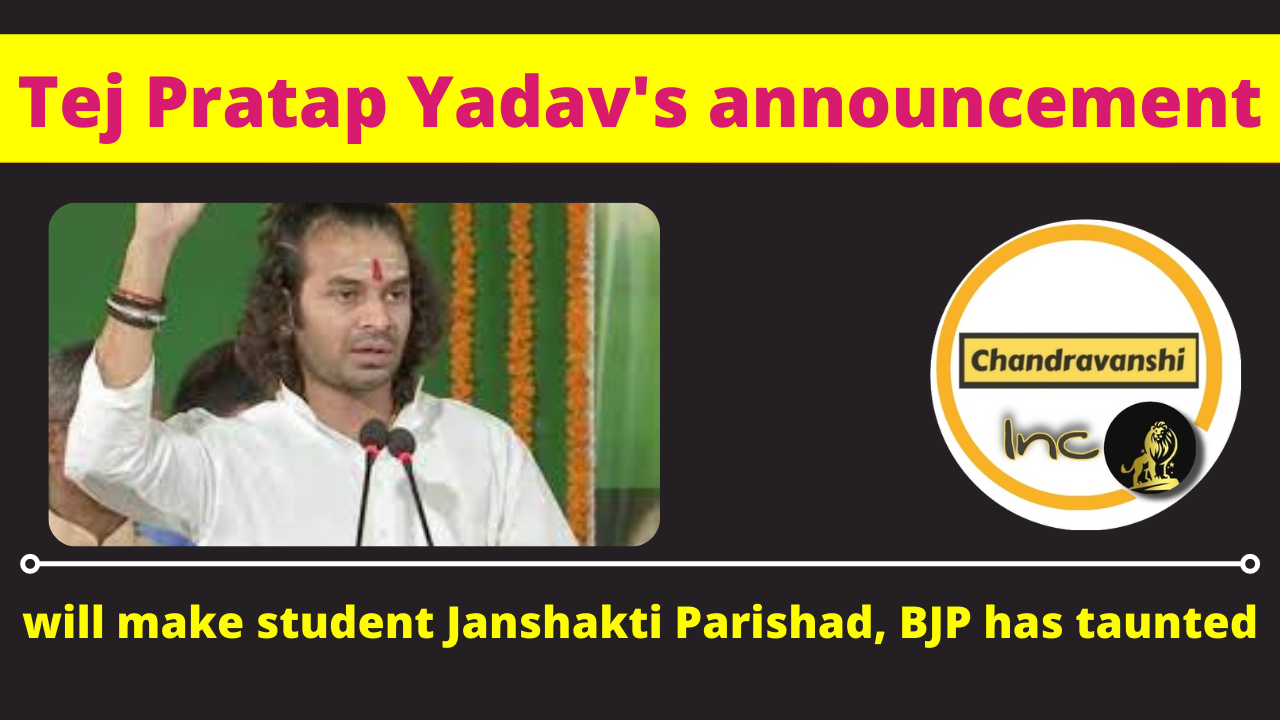 In Bihar, Lalu Yadav’s son Tej Pratap Yadav has announced the formation of a new social organization named Chhatra Janshakti Parishad. Tej Pratap has been angry with the party for some time now.

After which he has decided to form the social organization Chhatra Janshakti Parishad. At the same time, he also made it clear that this new organization will never be separated from RJD.

It will be an integral part of the RJD party itself.

It is believed that due to internal strife in the Lalu family, it has been decided to do the same. However, Tej Pratap, while announcing the new organization, said that the Chhatra Janshakti Parishad is a part of the RJD itself.

The organization will work to raise issues related to the public interest of Bihar.

Dr Nikhil Anand has said that RJD supremo Lalu Yadav boasts of social justice but he has not been able to do justice to his elder son Tej Pratap and elder daughter Misa Bharti.

Lalu Yadav has not been able to decide the role properly based on seniority in the family.

Nikhil Anand has said that Lalu Yadav has completely handed over the command of the party to his younger son Tejashwi Yadav, due to which Tej Pratap and Misa Bharti have been thrown out of the family and political legacy.

Because of Lalu Yadav’s elder son Tej Pratap and daughter being repeatedly ignored by the party and family, he tries to do something new.

He has said that whoever did not take good education himself, how will a student organization run by Bhogas Vidyarthi.

Wife Ranjit Ranjan angry over the action on Pappu Yadav,