Taliban in Afghanistan: What is India’s silence Diplomacy? 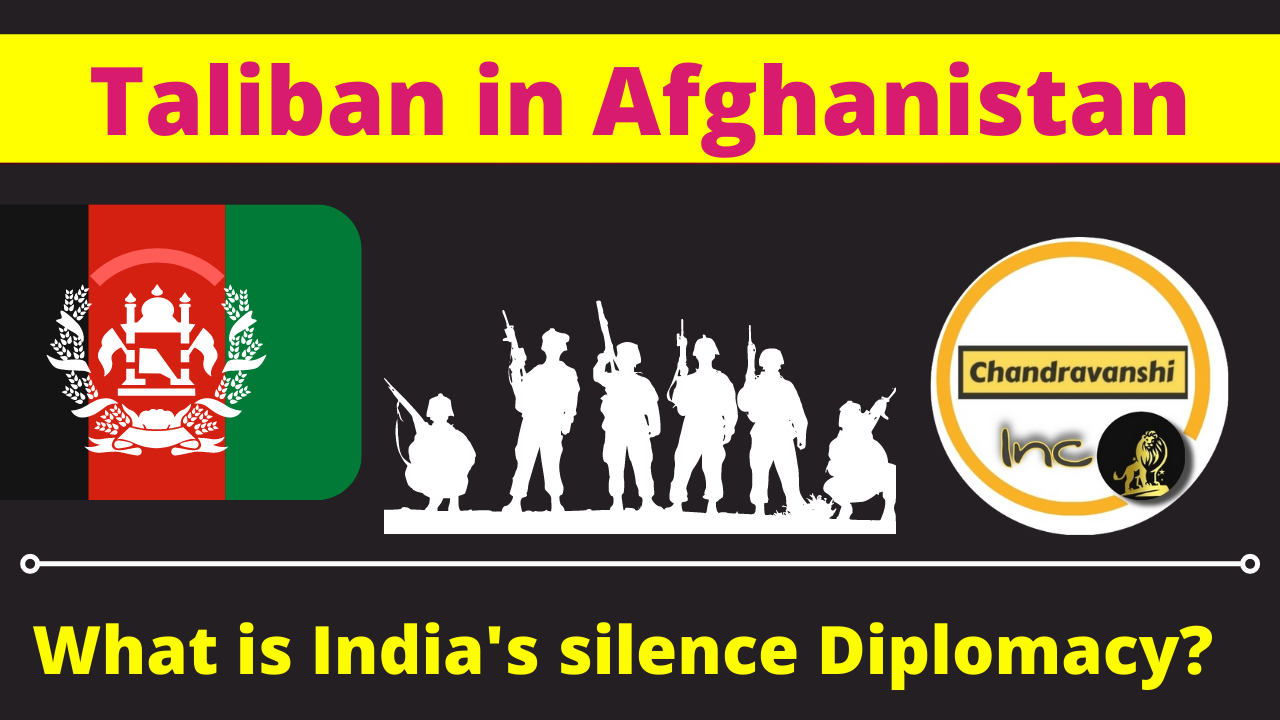 Taliban in Afghanistan: What is India’s silence Diplomacy?

After all, what will be India’s strategy regarding the Taliban?

Till yesterday, India used to call the Taliban a ‘terrorist’ and calling the Taliban a ‘terrorist’ was part of India’s diplomacy, because of the actions the Taliban had done against India in the Kandahar plane hijacking case in their first reign of the last years of the old century. Didn’t deserve an apology at all.
It was the same Taliban who allowed the terrorist hijackers of an Indian Airlines flight from Kathmandu to flee instead of punishing them. So today India is silent and working on the strategy of ‘wait and watch.
Anti-Modi is making noise that the Prime Minister should clear his stand on the Taliban. Although they also know very well that Modi is not the supreme leader of the BJP but the Prime Minister of the country.
Well, the job of the opposition is to do politics and it is well understood by the general public, so no one takes seriously the statements of leaders like Farooq Abdullah and Olabisi.
But the truth is that India is in a very difficult situation on the issue of Afghanistan. how to understand it
India’s problems with the Taliban
India has three major problems with the Taliban. One is the fear that under Taliban rule, the land of Afghanistan may not become a den of anti-India terrorism, from where it can easily spread chaos in Kashmir, because the whole world knows that Pakistan is the Mecca of terrorists and Afghanistan is the paradise of terrorists.
The second crisis is that China can expand its footprint on the border by working with the Taliban in Afghanistan. Actually, China wants to make a way to connect Afghanistan with Pakistan through the Wakhan Corridor.
This path will eventually end in China.
This is the same centuries-old ‘Silk Route’ through which Marco Polo went to China in the 13th century.
Alexander had also passed from here to conquer the world. I have read that traces of the ruins of inns and statues of Buddha are still visible on this ancient route.
By connecting this route from China to the Mediterranean Sea, China is dreaming of becoming a superpower.
India’s third major problem is Pakistan, which helped the Taliban with body and mind and brought it to power. Now he is in a position to use the Taliban against India like a greedy bookkeeper.
In such a dire situation, India’s concern is inevitable. Especially when India, relying on America, invested three billion dollars in Afghanistan to build dams, schools and parliament buildings.
Whereas in Afghanistan now the Parliament building has no meaning. America, which has now laid down its own arms in front of the Taliban.

On the other hand, Russia, China and Pakistan are playing together. Recall that in March, a meeting regarding the Taliban was called by Russia in Moscow.
This meeting is popularly known as ‘Troika Plus’. Russia said that those countries which are ‘stakeholders’ are included in this meeting. Apart from Ghani’s Afghans, the Taliban also came to this meeting.
Russia called America, invited China and Pakistan. But India was not invited. India has invested 3 billion dollars in Afghanistan. It was the fifth largest aiding country in Afghanistan.
But India was more concerned than this investment that India might not lose its strategic edge against terrorism under the Talibani rule of Afghanistan. Yet Russia did not consider India as a ‘stakeholder’. India had also expressed its displeasure with Russia on this.
As the dispute escalated, the Russian Embassy clarified that it is not that India is playing an important role in Afghanistan and India is an important participant in the talks related to it.
On August 11, the ‘Extended Troika’ meeting took place once again in Doha, the capital of Qatar. India was not invited to this meeting also. This was very humiliating for India because it did not expect such a thing from Russia.

India, Russia and the Taliban

Actually, Russia was continuously putting pressure on India that India should now change its Afghanistan policy and understand the power of the Taliban. India should take a ‘U turn’ from its old stand on the Taliban.
On July 20, the Russian news agency Tas, quoting Zamir Kabulov, clearly said that India could not participate in these talks because it does not influence the Taliban.
Whereas opportunistic China made it clear that ‘the Afghan Taliban is an important political and military force. Seeing the actions of the alleged troika, India turned its diplomacy towards direct talks with the Taliban.
India also got success in this work and Taliban Ambassador to Qatar Sher Mohammad Abbas Stanikzai contacted Indian Ambassador Deepak Mittal. Sher Mohammad has longstanding relations with India.
He has taken military training in India as an Afghan soldier in the nineties.
In this conversation, the Taliban ambassador has also promised to ensure India’s interest. On the other hand, because of India’s increasing pressure, Russian Foreign Minister Sergei Lavrov indicated the inclusion of India and Iran in the ongoing troika format on Afghanistan but still has not said anything clearly.

If India’s diplomacy is successful, it may be that India and Iran may also be included in the next meeting of ‘Troika Plus’. If this happens, the situation will be a little more clear about India’s relationship with the Taliban.

The Taliban knows that India is a mighty country.

Its influence is increasing all over the world. In Afghanistan, India has invested money, not in weapons but its progress. If the Taliban want to run power in Afghanistan for a long time, then it will need India’s support.

Many Taliban leaders regard the old friendly relationship between India and Afghanistan.

Let us tell you that many Taliban leaders have studied in colleges in India. If the world recognizes the Taliban in the conditions of some peace, then India cannot separate from it.

But all this is not going to happen so soon. The policy of wait and watch will go on for a long time because the Taliban will also have to give time to prove themselves.

This is how the diplomacy of the whole world works, that’s why keep an eye on every development in Afghanistan and pray to yourself for Afghanistan.

Narco-Terrorism in Afghanistan: Now that sooner or later, the Taliban's participation in the government of Afghanistan on its own or in partnership is being considered ... Read More

By the end of the second wave of covid, people started making different predictions about the third wave. Even now the search for new types ... Read More