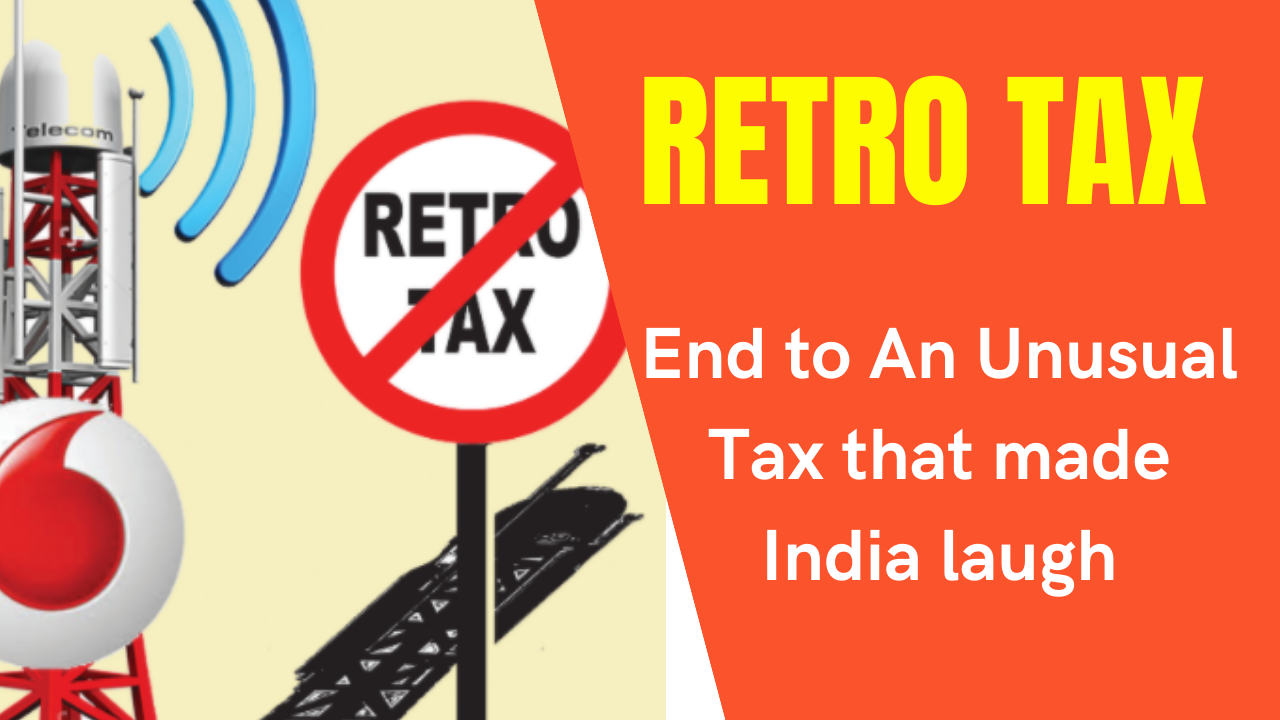 Various types of taxes have been levied in India to fill the government treasury. But a tax was also imposed, the basis of which was fictitious and which blunted the flow of FDI into the country.

This tax was retro tax. It was embodied by the then Finance Minister Pranab Mukherjee in the budget of 2012-13. Under this, the tax department was empowered to levy tax from a retrospective date on all the big corporate transactions that took place in India after 1962 i.e. transfer of shares.

Then the tax department fiercely exercised this right. But the case of the two companies became very heated. One was the multinational telecom company Vodafone and the other was the oil company Cairn.

Vodafone had bought 67 per cent of its shares in India from Hutchison Whampo Company and Cairn was bought by Vedanta Group. Vodafone was first caught notice of Rs 8,000 crore by the Income Tax Department and then by 2016 this amount increased to Rs 22,000 crore.

This was a wonderful example of tax grandeur, in which the tax department had run all the horses of imagination. Similarly, a tax of Rs 10,247 crore was imposed on Cairn India.

Cairn approached the court against this, but it did not get any relief from there. As a result, the tax department imposed fines etc. on the outstanding amount, which increased the amount to Rs 24,500 crore.

This is such a huge amount, that even the biggest companies can miss sixes in giving it. In 2015, tax officials also confiscated $1 billion worth of Cairn shares.

Not only this but Rs 1,140 crore was also grabbed from his dividend. Both companies approached international courts and first went to Permanent Arbitration in The Hague, where the decision came in their favour.

The Indian government was ordered by an international court to pay $1.4 billion to Cairn Energy for its losses. Not only this, a French court, in this case, ordered the confiscation and sale of Paris-based properties of the Indian government, valued at 203 million euros, in order to meet Cairn’s losses.

This caused a lot of embarrassment to India and it forced the BJP government to take a quick decision. Finance Minister Nirmala Sitharaman recently busted this retro tax drama by presenting a bill in the Lok Sabha.

The bill states that the need for such an amendment arose because it violates the principle of tax certainty and creates obstacles in the way of foreign investment coming into the country.

It is a blot on India’s reputation as an attractive investment hub. It was also said in the bill that this arrangement is necessary so that there should not be any kind of disturbance to the potential investors.

The BJP had promised at the time of the 2014 elections that if the party came to power, it would end this extremist tax. Still, why he took so long, is surprising. Maybe, the Finance Ministry is seeing a huge amount behind this.

There were two things in this case.

When a business makes a deal, it does so by observing the existing laws and regulations. Only the laws of that time apply to him. In such a situation, any new law, which casts a shadow on the deals done in the past, is against the spirit of natural justice. Well, now after a lot has happened, the government is alert and has made sure to take it back.

This was necessary, because the Indian economy, which is stricken by the coronavirus, is in great need of foreign investment at this time.

What is India’s plan to have its own space station and how will it benefit your space Programme?

What is India's plan to have its own space station and how will it benefit your space Programme? The Indian Space Research Organization, or ISRO, ... Read More

What is the Stock function and how does it Function?

Hindi Journalism Day: Digital nature and changing trends of Hindi journalism First, the news or thoughts were read in the newspapers, then the news started ... Read More