Prafulla Chaki, who gave the status of Mokama buried in History 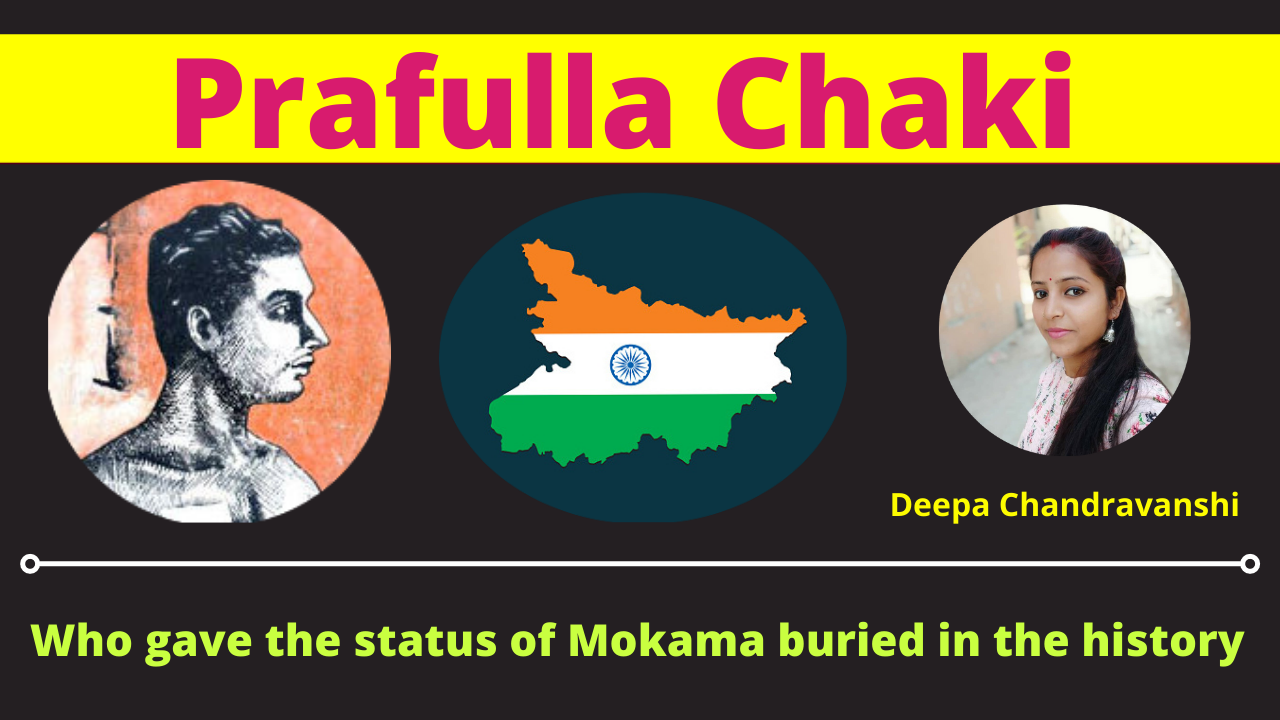 Oblivion: Prafulla Chaki, who gave the status of Mokama buried in the pages of history, know who were these revolutionaries

Born on December 10, 1888, Prafulla Chaki alias Dinesh Chandra Roy had not even completed 20 years of age at the time of his death. The place where Chaki was martyred is in the possession of the government.

Then why the permission to build a memorial of Chaki there has not been given till now?

Had Chaki’s statue been installed, it would have made both the railway station and the city of Mokama proud.

If you look at the history of Mokama, then revolutionary martyr Prafulla Chaki is nowhere in it.

There is no such mark on this big station on the Howrah-Patna railway line, which can present evidence of the history of May 1, 1908, which Chaki had inscribed with his blood.

The railway administration could have put a picture of Chaki on the main wall here. It is not that some of the people of Mokama did not draw the attention of the ruling authorities and the rulers sitting in a horoscope on the functioning of the government, but who knows Chaki there!

I ask many people here the name of Prafulla Chaki. But they are bewildered and unanswered my question.

Chaki’s sacrificial tale has no meaning here. In the midst of the announcements of vehicles, that moment of revolution has become very lost, as if wearing a blanket of silence like someone’s dying sighs.

Chaki was not a resident of Mokama, but he came to this earth to give his martyrdom. Should not the people of Mokama be indebted to him for giving his life to Mokama in the history of revolutionary struggle?

I do not know whether anyone now remembers Chaki in the Bihar village of Bogura district, his birthplace in Bangladesh. If someone from there is found, then I should mark the remaining text of his name on that land.

Has anyone ever touched the soil of Mokama after walking from Bihar village? The place where Chaki was martyred is in the possession of the government.

Then why the permission to build a memorial of Chaki there has not been given till now? Had Chaki’s statue been installed, it would have made both the railway station and the city of Mokama proud.

When Khudiram Bose had bowed to Chaki

Born on December 10, 1888, Prafulla Chaki alias Dinesh Chandra Roy had not even completed 20 years of age at the time of his death.

Chaki’s father Rajnarayan did not live shortly after his birth. Mother Swarnmayee brought them up single-handedly.

Even his father and mother, who worked for the Nawab of Bogura, would not have thought that their son would join the group of martyrs at an early age for the freedom of the country while following the path of revolution.

When Chaki was seventeen, the partition of Bengal took place and he stood up against it. He was expelled from school for being a part of the movement.

Then he joined the ‘Yugantar’ party and got involved in the revolution.

It was only after that that he joined Khudiram Bose in the massive rebellion campaign of attack on Kingsford.

It is recalled that at one time the Shaheed Prafulla Chandra Chaki Memorial Committee was also formed and a tribute meeting was also organized on its behalf in the year 2006 at Gandhi Peace Foundation in Delhi, which along with the statue of Chaki in the presence of Mokama MP But there was also a demand to issue postage stamps. Chaki remained oblivious and ignorant.

Heard that a postage stamp was issued on him, but he did not come to see. His statue was not installed in Mokama, while his statue is installed in Vinay-Badal-Dinesh Bagh in Kolkata.

It is in gratitude to the martyr of that city. It should also be remembered about Chaki that after his martyrdom, Sub-Inspector of Police NN Banerjee beheaded him and took him to Khudiram, who was earlier lodged in Muzaffarpur jail.

He was a heinous example of the ruthlessness of the Indian police constable. On seeing Khudiram, he bowed to Chaki’s head. That’s it, the identification is complete.

Then that head was also presented in the court of Muzaffarpur as evidence. I don’t know where Chaki’s head was later taken and buried, burnt or destroyed.

Why has Chaki forgotten after all?

Yes, I know this much that in connection with the Rowlatt Bill of 1919, a working committee was formed to spread the rebellion and run the work of the Provisional Government of India, named ‘Anjum-e-Ittihad and Progress-e-Hind’ Gaya.

In that, some Dr Ghosh used to work in the name of Congress. He had met Gandhi in Bihar in 1917, and every year on his way to Calcutta, he kept a garland of flowers at Mokama at the spot where Chaki had attacked himself before being arrested by the police.

The one picture available of Chaki shows his calm face, his eyes closed and his lips tight with determination. The body below the shoulder is visible naked.

There is a cut mark on the neck. Perhaps a picture of his dead body would have been taken. Chaki became immortal and that decisive moment of his passion was also recorded in the headlines when that fighter of revolution had chosen between life and death in the middle of the battle.

Surely then he would have found death more meaningful. The revolutionary consciousness within him must have enriched him with the power to be the judge of his time.

The movement and noise of passengers at the station are at their peak. The sounds of the train coming and going are making a ruckus.

But within me, the explosion of the last bullet fired by Chaki resonates and that moment of history is starting to vibrate in the air. The train has started departing. I bow to the land of Mokama which is getting away.

Prepared for BPSC exam from YouTube itself, got third place

Prepared for BPSC exam from YouTube itself, got third place With the guidance of seniors and 100% self-study, I got success in BPSC, no coaching ... Read More