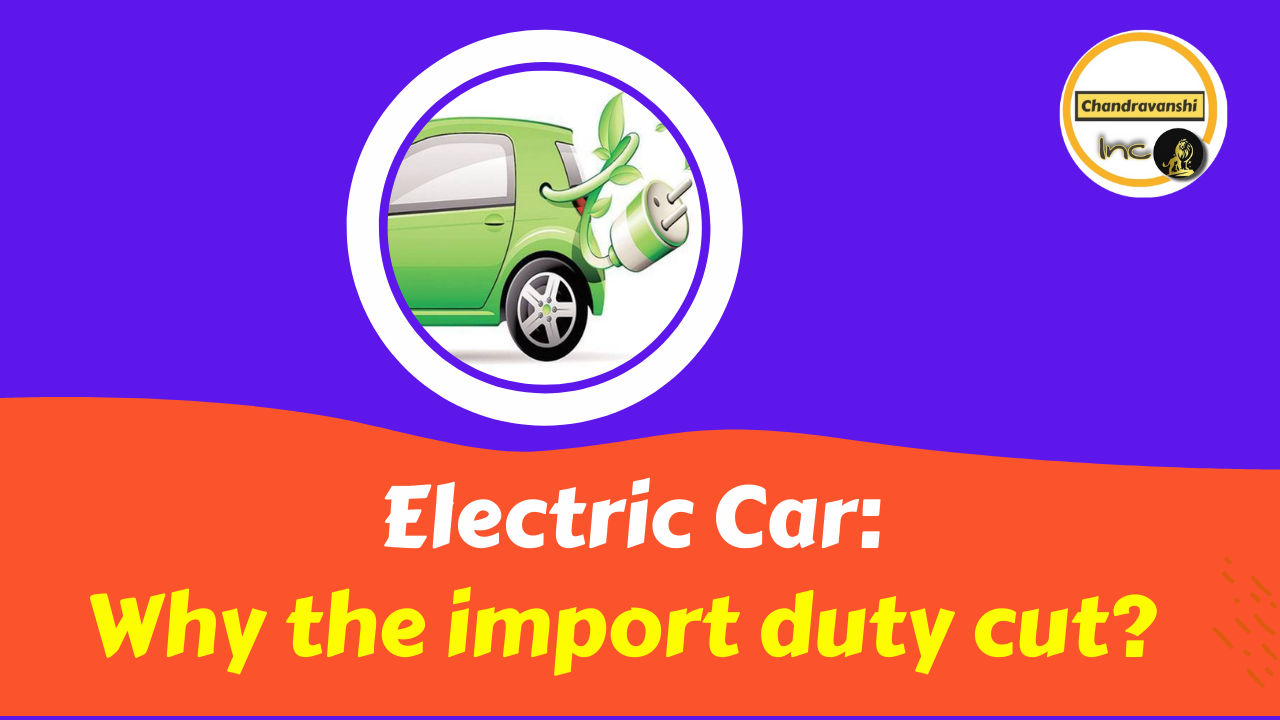 About 49 per cent of the manufacturing GDP comes from this sector, which accounts for 7.1 per cent of the country’s GDP. This sector provides direct and indirect employment to about 37 million people.

Recently, the issue of proposed import duty cuts for imports of electric cars manufactured by Tesla, an American electric car manufacturing company, is in public debate. While lobbying efforts are on for this proposal, the domestic automobile industry is strongly opposed to it.

Interestingly, the company has not made any concrete proposal to start manufacturing this car in India. It is reported that several ministries of the government have also supported Tesla’s proposal to reduce import duties. Today the Indian automobile industry is generating Rs 8.2 lakh crore.

About 49 per cent of the manufacturing GDP comes from this sector, which accounts for 7.1 per cent of the country’s GDP. This sector provides direct and indirect employment to about 37 million people. Today, electric vehicles account for less than one per cent of annual car sales.

Using this concession, Indian companies and start-ups have started manufacturing products in the country. India’s luxury car market is relatively small. Only a very small section of the population can afford these luxury cars.

If Tesla is given a duty exemption, people able to buy luxury cars will only buy imported Tesla electric cars and the company setting up manufacturing capacity in India will get no incentive and the country will be deprived of capacity building in electric vehicles.

India has launched a Production Linked Incentive (PLI) scheme, covering 13 sectors, to boost domestic production of goods for which the country is still dependent on foreign countries. Earlier the Phased Manufacturing Program (PMP) was launched.

The domestic manufacturing in this sector has started showing some growth due to the earlier PMP and now the PLI scheme. Reduction in customs duty on electric vehicles will encourage companies to import from overseas markets.

Instead of benefiting the economy, it will stifle efforts to increase domestic manufacturing. Currently, domestic automobile companies and start-ups are continuously investing in R&D and product development and making a sustainable contribution to the growth of the economy.

Instead of creating a policy environment in favour of the import of electric cars, the central and state governments should benefit from it by supporting the local component ecosystem through a long-term policy. Two-wheeler equipment manufacturers are on the verge of setting up state-of-the-art manufacturing plants.

The reduction in tariff will discourage future efforts in this direction. We must not forget that Tesla Company’s business model does not give any opportunity to domestic auto component makers. As such, we need to provide financial and non-financial support to domestic EV producers rather than reducing tariffs on assembled cars.

Factified Fact Review: You Must Have a Parking Space to Buy a Car in Japan

Did you know you ought to own a parking space for buying your own vehicle in Japan? Not just this, you are required to show ... Read More

Elon Musk Mind Machine Elon Musk, the celebrity entrepreneur behind Tesla and SpaceX, finally unveiled what his company Neuralink has been up to for the ... Read More

# The reason for Global financial Crisis

The reason for the Global Financial Crisis For millennia, the people of Britain had been using bronze to make tools and jewelry, and as a ... Read More