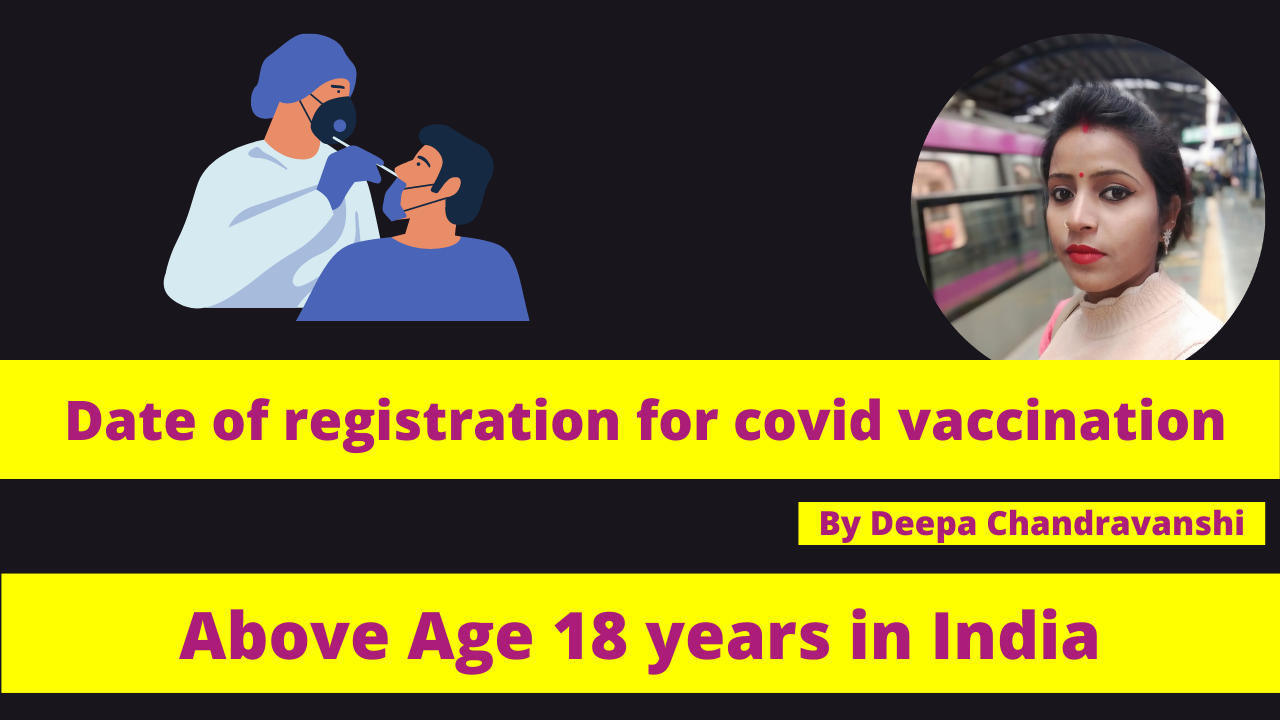 The Central Government has made a necessary announcement on the vaccination program amid the worsening Coronavirus crisis. This announcement is linked to people over the age of 18.

The Union Ministry of Health and Family Welfare has said that the Covin Portal (Co-WIN Portal) will be developed for people above the age of 18 years from April 24.

Meanwhile, the registration process on the portal will begin on April 28. This information was given by the Ministry in a tweet.

It is clarified that #CoWin portal will be made ready for 18+ beneficiaries by 24th April.
Registrations for 18+ citizens to book appointments (from 1st May) will begin on 28th April.@PMOIndia @drharshvardhan @AshwiniKChoubey @PIB_India @DDNewslive

Earlier on April 19, the central government allowed all people above 18 years of age to get the coronavirus vaccine from May 1. The decision was taken at a meeting chaired by PM Narendra Modi. Many states cm were constantly demanding it. Former Prime Minister Manmohan Singh had also written to the PM to do so.

Announcing the decision, Union Health Minister Dr. Harsh Vardhan Singh had said that he can register on the Covin portal for vaccination. You can also register with IVRS i.e. automated phone calls or call centers. It requires a call to 1507. It was also informed by the Ministry that the facility of ‘on-site’ registration would also be available.

People planning to get vaccinated can visit www.cowin.gov.in and locate the nearest vaccination center. For this, they need to click on the option Find Your Nearest Vaccination Center on the portal.

How will the supply be?

The demand for vaccine doses is set to increase after people over the age of 18 are approved to get the vaccine. Because of this, on April 20, vaccine maker Bharat Biotech made the necessary announcement.

The company had said it would now produce 700 million vaccine doses annually. On April 21, the Serum Institute of India (SII) also said that the company will focus on its ability to increase vaccine production for the next two months. Earlier, the Central Government had decided to provide a total assistance of Rs 4500 crore to these two companies for vaccine production.

Besides, the Central Government has also approved the use of foreign vaccines. These include sputnik V developed by Russia’s Gamleya Institute and vaccines from U.S. companies Pfizer, Johnson & Moderna.

There have been reports of blood clotting using the Johnson and Johnson vaccines. But the vaccines of Moderna and Pfizer are proving to be quite effective against the virus.

It has not yet been revealed that they are harmful. However, these companies are yet to give millions of doses to the US and the European Union. They were already booked. It is also feared that the vaccines of these companies may not come to India by next year.

Pfizer, on the other hand, has also placed a condition before the Government of India. According to a report in the English newspaper Indian Express, the company has said it will give its vaccine only through a government contract.

The company’s condition comes at a time when the central government has made a series of changes to the covid vaccination strategy in India.

The government has already told vaccine manufacturing companies that they can sell their vaccines directly to states and private hospitals at a slightly higher price. Pfizer, however, has not shown any interest in giving the vaccine to the private sector at the moment.

Taliban captures a city near Kabul, 255 civilians killed in Ramadan

Taliban captures a city near Kabul, 255 civilians killed in Ramadan Amid violence in Afghanistan, the Taliban have captured the Nerkh district in Wardak province ... Read More

# Increasing threats and Challenges of Cyberattack

Increasing threats and Challenges of Cyberattack A regional emergency was declared after a cyberattack on America’s largest fuel pipeline. The attack on the Colonial Pipeline ... Read More