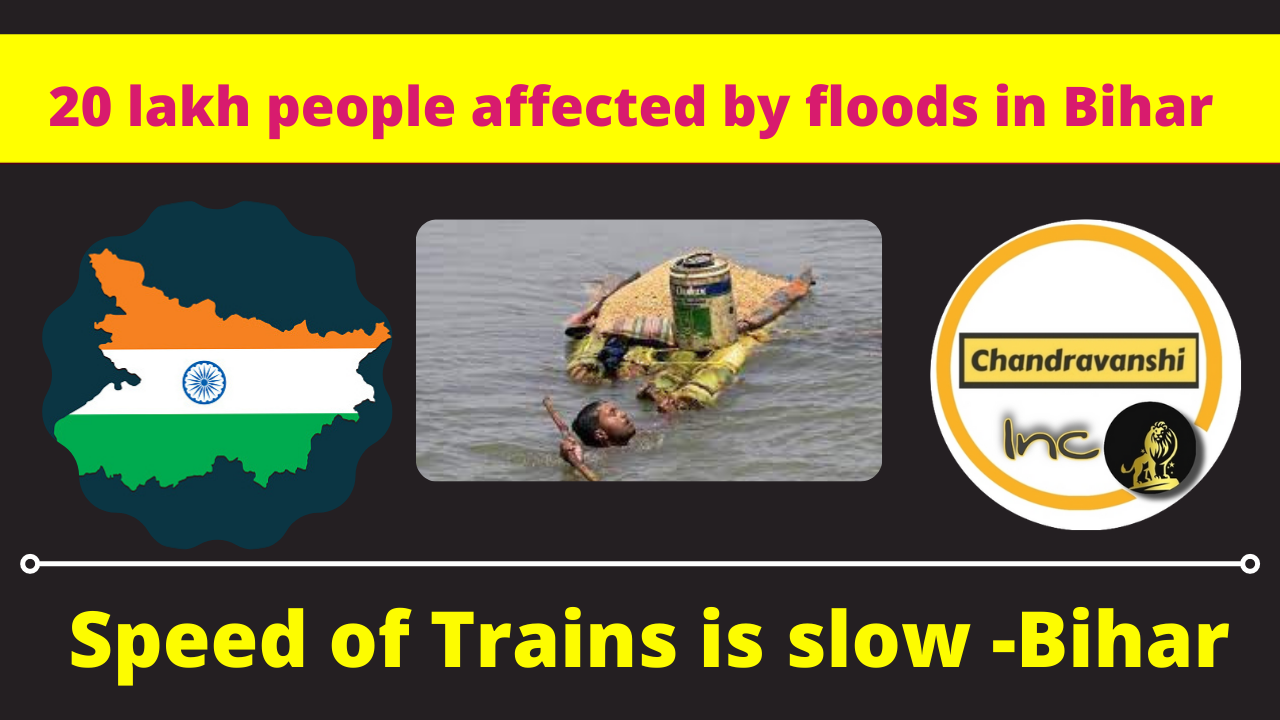 Many rivers in Bihar are still flowing above the danger mark. A population of about 20 lakhs in 15 districts of the state is still affected by the floods.

Many rivers in Bihar are still flowing above the danger mark. A population of about 20 lakh in 15 districts of the state is still affected by the floods. Meanwhile, 53 people have died so far.

Here, due to floods, the operation of trains on the Darbhanga-Samastipur railway section was stalled on Saturday as well.

The Disaster Management Department claims that relief and rescue operations are being carried out in flood-affected areas.

According to the information was given by the Disaster Management Department, a total of 394 panchayats in 83 blocks of 15 districts of the state are partially or fully affected by the floods.

A population of more than 19.92 lakh there is in the grip of floods. The Disaster Management Department has intensified the relief and rescue work in these districts.

An official of the department said on Saturday that apart from Patna, Vaishali, Muzaffarpur, Darbhanga, Khagaria, Saharsa, Bhagalpur, Saran, Katihar, Munger, East Champaran, Gopalganj, Madhepura, Samastipur districts are affected by floods. 17 teams of NDRF and 12 teams of SDRF have been deployed for rescue work in these districts.

Here, the effect of the flood is also visible on the operation of trains.

Rajesh Kumar, Chief Public Relations Officer of East Central Railway said on Saturday that because of the rising water level on Rail Bridge No. 16 between Hayaghat and Thalwara station between Samastipur-Darbhanga railway section of Samastipur division, operation of special trains because of passenger safety and security.

Changes have been made.

Here, an official of the Bihar State Disaster Management Department said that more than 1,800 boats are being operated in the affected areas.

The official says that the number of these boats can also be increased according to the need.

The official said that so far more than 3 lakh 70 thousand polythene sheets and 4 lakh 75 thousand dry ration pockets have been distributed in the flood-affected areas.

Apart from this, assessment of crop damage is being done in all the districts. After the assessment, compensation will be given to the farmers.

Relief camps and community kitchens are being run in the affected areas. So far 53 people have died due to the floodwaters, he said. According to the department, a total of Rs 477.32 crore has been paid to 7,95,538 flood-affected families at the rate of Rs 6000 per family.

Here, sources say that the central team will come on September 6 to take stock of the damage caused by the floods in Bihar.

This team will visit the flood-affected areas and also hold a meeting with the Disaster Management Department.

It is noteworthy that the major rivers of the state Gandak, Kosi, Bagmati, Budhi Gandak, Kamala Balan, Ganga, Mahananda rivers are still flowing above the danger mark at many places.

Prepared for BPSC exam from YouTube itself, got third place

Prepared for BPSC exam from YouTube itself, got third place With the guidance of seniors and 100% self-study, I got success in BPSC, no coaching ... Read More 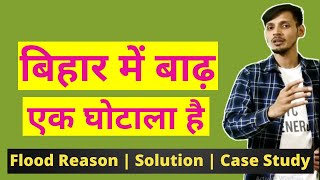